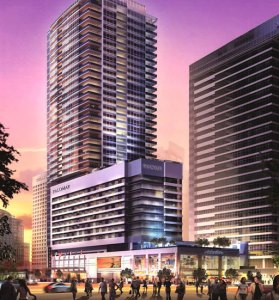 Oakville is slated to open this September in a 9,300-square-foot space near Jefferson Street and Central Avenue.  In December, the company opened a shop at 15015 N. Scottsdale Road in the Scottsdale Quarter, an outdoor shopping center.  Oakville is selective about where it opens stores, said the firm’s regional general manager, Barbara Henderson, and it wanted to be in downtown Phoenix.