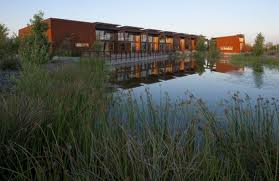 Description: Downtown Phoenix should be the model for sustainability… a Model City or an Emerald City.  Green building should be the norm, not the exception.  Smart water usage.  Fight the downtown heat island.  Solar rooftops — everywhere.

Note: Environment was a new, stand-alone downtown Phoenix issue identified in 2010.  There were no notes taken in 2004 under this specific issue category, although discussions about arts and culture and transportation discussed the topic of environment in various contexts.