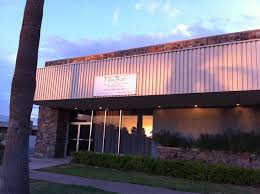 Just you and a roomful of adults, some wine and a great film. It’s the new way to watch movies in the Valley.

The newest 21-and-older theater to hit the scene is FilmBar, in downtown Phoenix. The 4,000 square-foot, single-auditorium art-house theater shows indie flicks, and features a separate bar and lounge.

Kelly Aubey of Phoenix is the man behind the project.

“I’ve lived here on and off since 1971, and as I’m getting older, I’m becoming one of those people that gripes about there being nothing to do in this city,” Aubey said. “I realized that me sitting there griping is part of the problem, and it was imperative I did something.”

FilmBar is the third beer-and-a-movie theater to come to the Valley since Scottsdale’s UltraStar Cinemas opened in November, with beer-and-wine service in six premium auditoriums. In December, iPic Theaters in Scottsdale Quarter followed, offering a flashy experience with signature cocktails, suede theater seats, a lounge and restaurant.

FilmBar, which serves only beer and wine, is decidedly different. It’s in a 1966 building last used as an artist collective.

Although remodeling was extensive, Aubey kept many elements intact to give a retro vibe, including an aqua blue tiled wall on the outside and rugged rock pillars on the exterior.

The retro feel is blended with Moroccan touches.

“I’ve lived in Iran and Paris, and the combination of the two reminds me of Morocco,” Aubey said. “The lounge especially has that skinny-tie, ’60s feel with Moroccan decor . . . I really want the theater to reflect my life and my travels.”

Silver and copper lanterns with punched-out designs, and colorful star-shaped lanterns made from stained glass hang in the lounge, above the bar and in the auditorium. In the lounge, guests can relax on the dark red benches or on circular ottomans with red, black and gold star designs.

The walls are painted moss green and sky blue, and the brick wall behind the bar is stained a rust color, that will eventually loop video.

“The TVs will feature multi-media works from local artists, so people can see the great work that is going on here,” Aubey said. “Around the theater, there will be paintings and tapestries from local artists, too, and I want to encourage people to send their stuff in.”

The bar will be open until 2 a.m. on weekends, even when there are no films showing. The long, rectangular bar is topped with stamped-out, gold metal sheeting and the front is covered in floral embossed red leather.

The 60-seat theater features vintage emerald green chairs and a 16-feet by 9-feet screen. In the back row, there are several high-top tables that will have waiter service. Guests can bring their drinks in from the bar, but can’t order from their seats because Aubey doesn’t want patrons to be distracted during the film

Film Bar will show primarily independent films, including many that never make it to Harkins Camelview 5 in Scottsdale or Harkins Valley Art Theatre in Tempe. Aubey hired Steve Weiss, director of No Festival Required Independent Cinema, to be his film partner.

They’re opening with “The Red Chapel,” a 2009 Danish documentary about a group of comedians that travels to North Korea for a cultural exchange, in hopes of bringing humor to a country with one of the world’s most notorious regimes.

“It’s an educational celebration of what’s possible,” Aubey said. “There’s a hidden message in that right now the economy is still difficult here and times are tough, but at the same time we’re having this cultural rebirth downtown.”

What: A new 21-and-older movie theater and bar in Phoenix with wine and beer for sale, a lounge and auditorium that screens indie flicks and Valley films.

Admission: $8 for a movie ticket, no cover for bar.