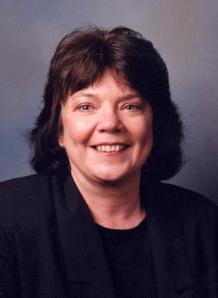 [Source: Scott Wong, Arizona Republic] — Debra Stark, who has served as Phoenix’s planning director for the past five years, will be Mayor Phil Gordon’s next chief of staff, he confirmed Friday.  Stark replaces Toni Maccarone who after a year and a half is returning to her former role as director of the Public Information Office.

Gordon said he had tried to bring Stark on board as early as two years ago.  She has had significant interaction with the public, as well as experience with zoning, economic development, and public-safety permitting, he said.  “I thought Debra Stark would make a great chief of staff and a great addition to the Mayor’s Office,” Gordon said.

Stark’s appointment comes at a time when the Planning Department is being consolidated with Development Services because of budget cuts.  Before coming to Phoenix, Stark had served as a planning manager and community development director in Peoria.   She also was the planning manager for Maricopa County, and started her career as a Phoenix planner.

Thank you health care professionals for striving to keep Arizonans healthy and safe. #healthcareworkers #healthcareheroes #dtphx
A new exhibit goes up. Art goes on. Contact #five15arts for dates, times, and any special #covid19 requirements. #historicgrandave #hazelandviolet #chartreusegallery #dtphx #dtphxart
#dtphx ❤️🤍🤍🤍
The new normal for the time being in #dtphx. No problem, ya gotta do what ya gotta do to #flattenthecurve in our fair city. #covi̇d19 #covıd19shopping #flattenthecurvephx
The Polk River in #dtphx... #itsrainingitspouring
One of numerous trees 🌳🌳planted along @historicgrandave thanks to Grand Avenue Arts & Preservation, @cityofphoenixaz , and local businesses. #treesmatter