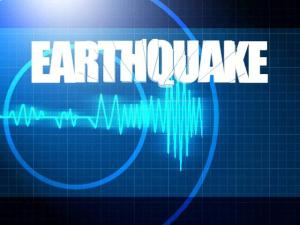 [Source: Jim Cross, KTAR Radio] — Arizona has its share of active earthquake faults, but Phil Pearthree with the Arizona Geological Survey says it’s unlikely those faults are capable of producing a 7.0 quake such as the one that left Haiti in ruins.  “Yuma is pretty close to the San Andreas Fault system and, therefore, the seismic hazard is greatest in Yuma,” said Pearthree.  “There are quite a number of faults — not as active — but there are quite a number of faults in northern Arizona.”

The largest earthquake to have a significant effect on Arizona happened in 1887 — a 7.0-plus quake in Mexico, not far from Douglas in southeastern Arizona.  Pearthree said the probability of a 7.0 quake in Phoenix “is not very high.”  Should it happen, he said it would damage stucco homes in the Valley, but big buildings in downtown Phoenix would be able to withstand it. “It depends on the age of the structure and when it was built,” he said.  “Obviously, the modern structures are typically built better and large structures are build to withstand even the winds.”

A 7.0 quake would be more likely to happen in the Los Angeles area than the Valley and the damage there would be far less damage than in Haiti, Pearthree said.  “They had an earthquake in ’94 that was right in the Los Angeles area, more or less, and it was almost as big.  There was damage and people were killed, but there wasn’t widespread devastation, so I think building standards do make a difference.”