Our letter of support for Grand Avenue Rail Project 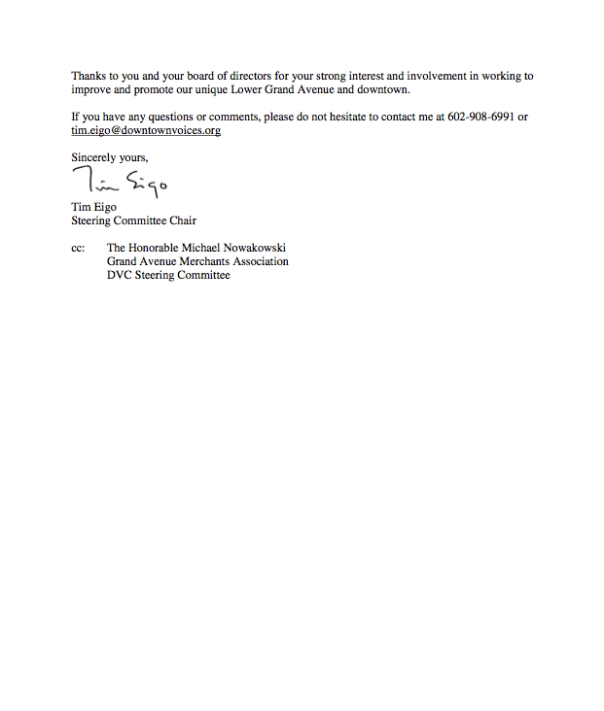 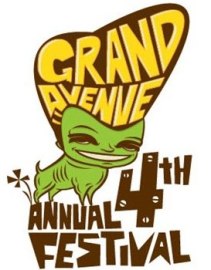 [Source: Grand Avenue Arts & Small Business District] – The winning logo for the 4th Annual Grand Avenue Festival, October 20, 2012, has been unveiled. A number of fantastic submissions were submitted, but in the end the unique logo submitted by Abraham Reyes was selected by the logo committee.

Reyes shared that his “inspiration behind the logo was conceived from the hybrid of eclectic and mid-century influences that encompass the lower Grand Avenue neighborhood in Phoenix, using a combination of various elements.” He included his vision for the logo was intended to “to emulate the playful character the festival has as well as it´s creative spirit.”

The winning design will be featured on all promotional materials including; festival brochures, posters and a variety of community advertisements. For festival developments and updates, be sure to connect on Facebook or website.

​The old Oasis Hotel on Grand Avenue is getting a major makeover.

The permits and plans for renovation on the vacant motor lodge, at Roosevelt Street near Trunk Space and the Bikini Lounge, has been an ongoing battle for developers and architects. But work started on the lodge’s balconies last week, and plans for the currently seedy property include a hip apartment complex called Oasis on Grand.

Real estate developer Timothy Sprague (also behind Portland Place Condominiums) and his firm Habitat Metro are behind the $5 million project, which will create 60 affordable live-work spaces for artists and creative types.

Oasis on Grand will be similar, in most respects, to Holgas. Plans include a variety of studio and one-bedroom apartments that will function as both studio-galleries and living spaces. According to Sprague, the spaces will rent for $400 to $700, and more than a dozen of the ground-level apartments along Roosevelt Street can function as galleries open to the public.
“What we envision is that the artists on the bottom floor can turn their living rooms into personal studio-galleries,” he says. “I love the idea of seeing a bunch of new galleries opening along Roosevelt open every First Friday.”

The Oasis Hotel during its days as The Caravan Inn West in the 1960s.hmdavid on Flickr

Sprague says the remodeling will take approximately six to eight months to complete, with a grand opening happening sometime in the late fall.

​The Oasis began life as the Caravan Inn West in 1960, one of the many colorful motor hotels that sprung up along Grand Avenue when the thoroughfare was the primary route for motorists to get from Phoenix to Los Angeles or Las Vegas.

It later reopened as the Oasis Hotel in 1971, but fell into serious decline over the next four decades, becoming something a seedy flophouse before closing down in 2007.

Sprague says that several “common area” spaces at the new Oasis will serve as a community-oriented studio and gallery, and there will also be tree-lined courtyard area for special events.

The adjacent Grand Corral restaurant and lounge will also be remodeled simultaneously, although it’s currently undecided whether the building will function as an eatery or bar.

Sadly, there are no plans to excavate the old swimming pool that dates back to the property’s days as the Caravan Inn West and has since became a parking lot.

“Sorry to say, the swimming pool will stay a thing of the past.”

NOTE: Tim is a member of the DVC Steering Comittee.

New in CenPho: My Goodness Cakes

After working in Sunnyslope for the past three years, baker Brian Tieman has relocated his business, My Goodness Cakes, to the Bragg’s Pie Factory building (1301 Grand Ave) in the Grand Avenue Arts District.

His website is full of examples of the kind of playful, pretty cakes he creates for weddings, birthdays, and baby showers.

He uses a dairy-free buttercream frosting (“helps with the summer heat,” he explains) and covers them with marshmallow fondant. He adds that the cakes are always fresh, never frozen.

Although My Goodness Cakes is primarily by appointment only, Tieman says he’ll be offering coffee and cupcakes during First Friday art walks.

Check out the original post for more great pictures of Brian’s cakes.

Somebody PLEEEEASE give the Paper Heart / Quebedeaux Chevrolet another life!

She is up for sale again. MLS listing here: http://bit.ly/hnCPnq

Designed by the “Father of the Outdoor Shopping Mall” Victor Gruen with local supervising Architect Ralph Haver. This was originally a car showroom with floor to ceiling glass and is now boarded up in the heart of the Grand Avenue arts district. Similar to the Toy Box on Indian School Road if you’re familiar with that vintage showroom.

The Grand Avenue Merchants’ Association (GAMA) is soliciting items for the Wednesday, January 12th agenda.  The meeting will take place at the Moderncat Studio at 1301 Grand (enter from the entrance on McKinley). Meeting items are welcome from any GAMA member. Everyone is welcome to attend.

If you are not a member of GAMA but have an item that you think would be of interest to the group, they would like to hear from you as well. Please send agenda items to Beatrice Moore at muppetsrealmom@earthlink.net by Tuesday, Jan 11.

GAMA meetings are the second Wednesday of each month at 5:30 pm. If you are not personally able to attend, perhaps you can send a representative from your business/building.

GAMA is looking for new Steering Committee members. If you have an interest in finding out more, please send an email.

The purpose of the Grand Avenue Merchants’ Association is to actively and collectively promote a distinct, pedestrian-friendly arts and retail district along the Lower Grand Avenue Corridor.  Also, to coordinate efforts that encourage both existing and new independent, locally-owned businesses while preserving our corridor’s unique, historic and diverse character.

We will miss Ana Borrajo on Grand Avenue and her Sapna Cafe but she is now cooking at the Pomegranite Cafe in Ahwautukee, and liking her new job. Taht means the old Sapna Cafe space is available for rent at Bragg’s Pie Factory.

The owner of Bragg’s Pie Factory is looking for someone who wants to open at least a breakfast/lunch spot. The space comes with lots of equipment in the space (including a stove/hood/fire suppression system).

They are a couple of serious, food related interested parties, but the owners of the building are not quite sure they will be the best fit.

Ideally, they are looking for a tenant to start a lease by February 1st.

Have you resolved to get yourself some space in 2011? Take note: Paisley Violin Town is looking for renters.

Two little spots behind the coffee house/cafe/art gallery on Grand Avenue are available immediately, and open for everything and anything from one-on-one flamenco lessons to a non-profit’s HQ to a craft shop, according to the leasors.

The space is 275 sq feet and rent is $500 per month. Each cottage has original hard wood flooring and a bathroom. Wireless access and water is included. 6-month lease agreement at least. No deposit is required.

“A Bunch of Crock: A Lesson in Futility” Continues at Bragg’s Pie Factory in downtown Phoenix

This is your last chance to see this amazing, humorous KickStarter funded exhibit that pulls no punches in exposing the many faces of racism.

Pick up your quirky piece of collector’s paraphernalia while you’re there (button, bumper sticker)!